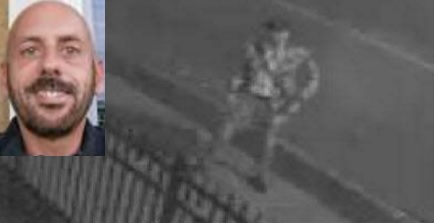 MELBOURNE, Florida - The Melbourne Police Department’s Criminal Investigations Division is asking for the public’s assistance for any information related to the suspicious death of 53-year-old Kent Douglas Wilbanks who was found early Monday morning in the parking lot of 801 East New Haven Avenue in Melbourne, Florida.

The parking lot is located in downtown Melbourne in between The Debauchery Bar and Matt’s Cashbah Restaurant.

When Wilbanks was found he was unresponsive. Wilbanks  was taken to Holmes Regional Medical Center in Melbourne where he later died.

Melbourne police are also seeking to identify the person shown in the above photograph because investigators believe that he is a possible witness needed for their investigation.

Anyone with information is asked to call Detective Mitchell at the Melbourne Police Department at 321-608-6731 or Crimeline at 1-800-423-TIPS.
Labels: crime Melbourne