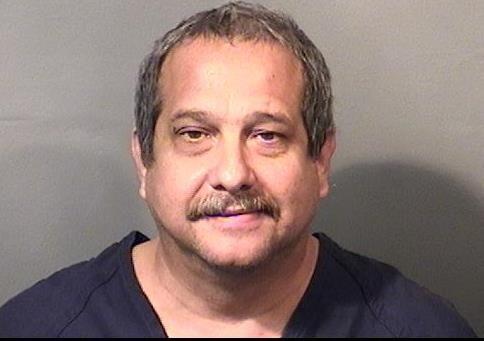 PALM BAY, Florida – Agents with the Florida Department of Law Enforcement arrested Guillermo Angel Alonso, 53, the former president and property manager of the Palm Bay Club Condominiums (PBCC) Home Owners Association.  Alonso is charged with organized scheme to defraud, with a total value of more than $275,000 between August 2010 and June 2014.  Alonso had been the property manager and president of PBCC for approximately six years.

FDLE began its investigation in February 2015 at the request of the Palm Bay Police Department after they received complaints from the current HOA president and treasurer about HOA expenditures by Alonso.

Investigators say that Alonso used funds collected by the HOA for his personal benefit, frequently using the PBCC HOA account to pay for renovations to his personal property such as new floors and a greenhouse, as well as purchases from fast food restaurants. Additionally, Alonso allegedly withdrew funds from the account to pay for projects that were never completed.

Alonso hired “Klean Power Electric Inc.” a company he owned, to manage the PBCC property.  Multiple checks written to Klean Power Electric were transferred from the business account to Alonso’s personal account, though no work can be verified, investigators say.

During his tenure, Alonso maintained control of the PBCC checkbook and his was the only signature needed to write checks or withdraw funds from the account. He also had an ATM card issued to him on the account and changed the mailing address for the statements to his residence, ensuring he was the only one who would see the purchases or withdrawals.

Alonso was booked into Brevard County Jail and has a $250,000 bond. This case will be prosecuted by the Office of the State Attorney, 18th Judicial Circuit.
Labels: crime Palm Bay