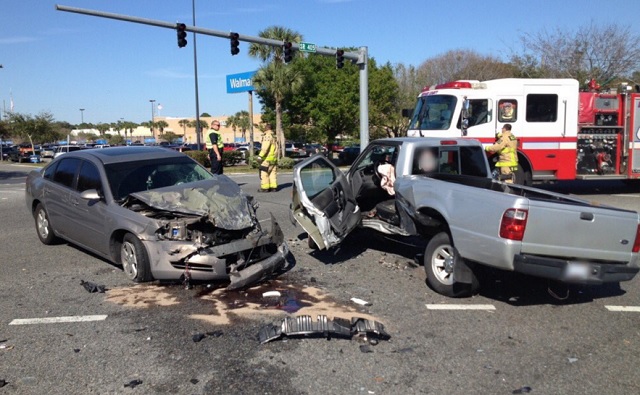 According to the Titusville Police Department, 25-year-old Kimberly Ann Mulligan of Cocoa, Florida was driving a 2006 Chevy when she ran a red light at the intersection of Columbia Boulevard and Windover Trail around 2:45 p.m. The Chevy then hit the driver’s side of James L. Mahaney, Jr.’s 2004 Ford truck.

Mahaney was air lifted to Orlando Regional Medical Center where he was pronounced dead at approximately 5:30 p.m. on Saturday.  Mulligan sustained non-life-threatening injuries and was transported to a local hospital.

A 2011 Hyundai was also damaged by flying debris from the initial crash but no passengers were injured in the vehicle.

An investigation of the traffic crash homicide is currently being conducted by the Titusville Police Department.