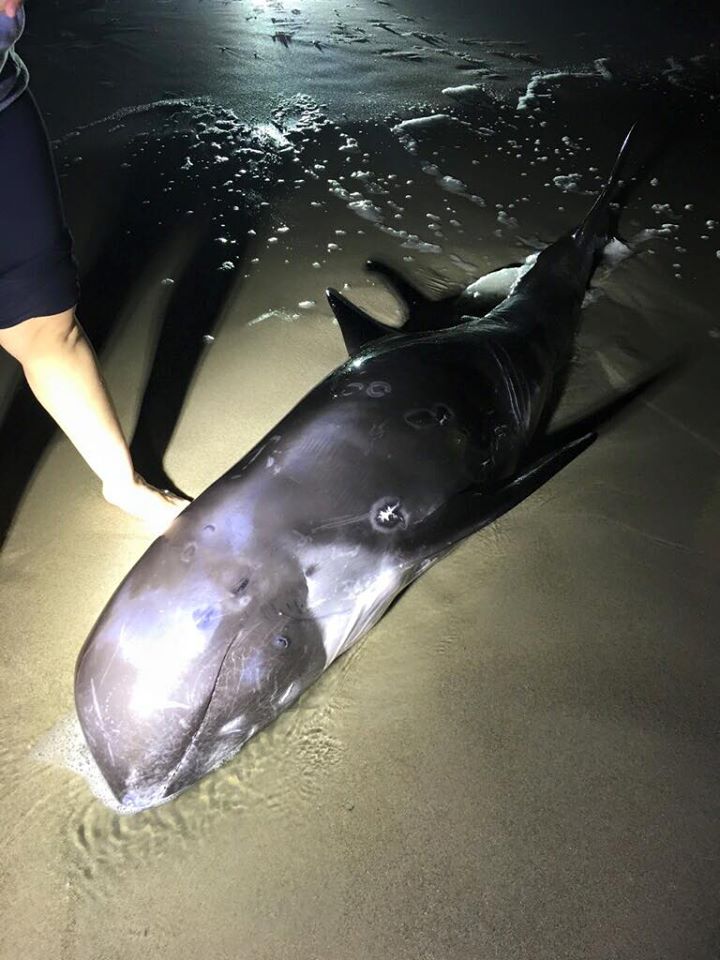 Brevard County Fire Rescue crews responded to the stranded small-tooth whale, and with the help of bystanders, followed the instructions given by the Hubbs-Seaworld Research Institute over the phone to keep the porpoise in stable condition until state officials and a Sea World veterinarian could arrive.

Despite all efforts to help the porpoise, the marine mammal did not survive the beaching.

What's the difference between a porpoise and a dolphin?

The terms porpoise and dolphin are sometimes erroneously used interchangeably. In fact, the Florida legislature confused the two in 1975 by designating the "porpoise, also commonly known as the dolphin," as the Sunshine State's official saltwater mammal.

Dolphins tend to have prominent, elongated “beaks” and cone-shaped teeth, while porpoises have smaller mouths and spade-shaped teeth. The dolphin’s hooked or curved dorsal fin (the one in the middle of the animal’s back) also differs from the porpoise’s triangular dorsal fin. Generally speaking, dolphin bodies are leaner, and porpoises’ are portly. 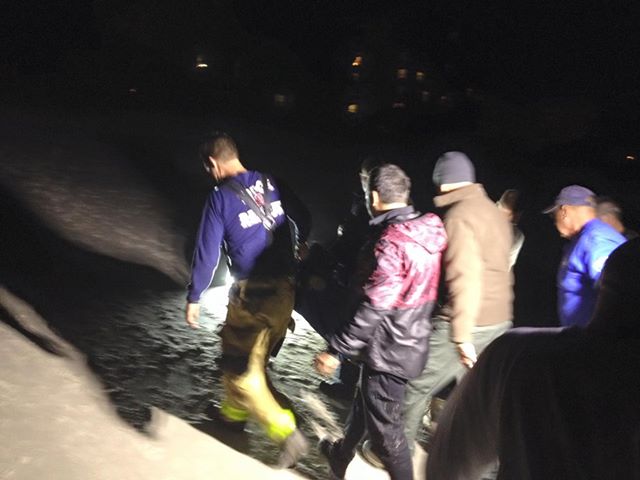