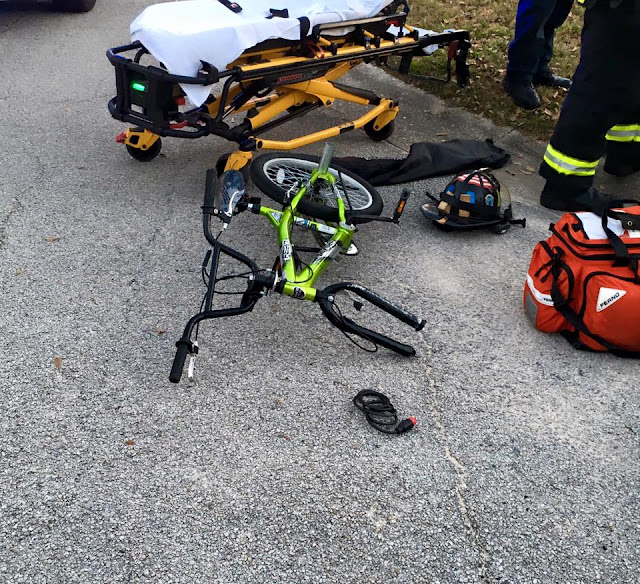 TITUSVILLE, Florida - An eight-year-old Brevard County boy is in stable condition after being struck by a hit-and-run driver just after 6 p.m. on Thursday while riding a bicycle near the intersection of Alpine Lane and Delespine Avenue in Titusville, Florida.

When Titusville Fire Department crews arrived on scene, they found the boy to be conscious and wearing no helmet. The vehicle and driver left the scene before police arrived and there was no clear indication as to the speed of the vehicle that struck the child who had an injury to his head. The boy was deemed a Trauma Alert by the first responders and was airlifted to Arnold Palmer Children's Hospital in stable condition.

A short time later, the Titusville Police Department located a vehicle suspected to be involved in the crash.

According to the Titusville Police Department's latest update at 8:30 a.m. on Friday morning, charges are pending in the case.