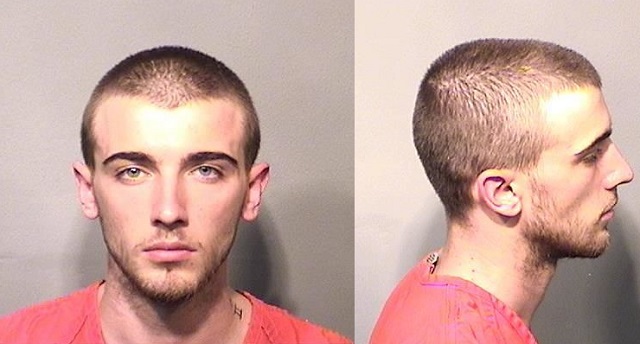 MELBOURNE, Florida - The Melbourne Police Department has made an arrest in the suspicious death of 53-year-old Kent Douglas Wilbanks who was found in a downtown Melbourne parking lot located between The Debauchery Bar and Matt’s Cashbah Restaurant during the early morning of February 8, 2016.


Melbourne police arrested 21-year-old Gianluca Massaro of Indialantic, Florida around noon on Wednesday and charged him with second degree murder without premeditation which is punishable by up to life in prison.

When Wilbanks was found  after the Superbowl in the parking lot located at 801 East New Haven Avenue, he was unresponsive. Wilbanks was taken to Holmes Regional Medical Center in Melbourne where he later died from what medical examiners believe was blunt force trauma to his head.

During the course of their investigation, detectives received information that Massaro had a confrontation with Wilbanks just after bars were closing on February 8th. That confrontation resulted in Massaro striking Wilbanks multiple times in the head with his fists, police say. Wilbanks was left unresponsive in the parking lot where officers soon tended to him after being alerted by passers-by.


Investigators say that Wilbanks possibly made a sexual advance on Massaro and Massaro took offense to this action and struck him.

Massaro, an Italian national in the country on a visa, is being held at the Brevard County Jail in Sharpes, Florida with no bond.