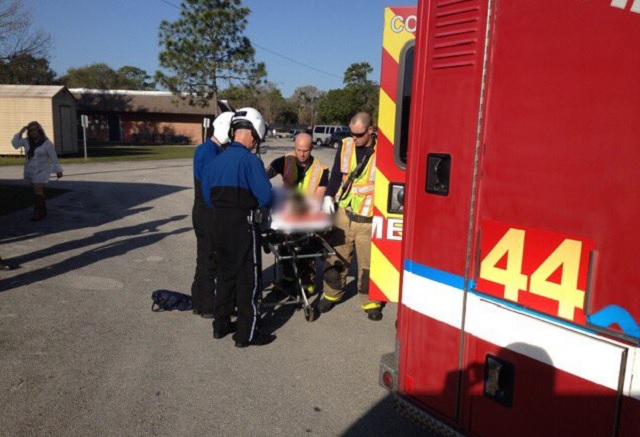 COCOA, Florida - A child has been airlifted to Arnold Palmer Children's Hospital after being run over by an S at Saturn Elementary in Cocoa, Florida on Tuesday morning.

According to the Florida Highway Patrol, 42-year-old Myranda Lowry of Cocoa, Florida had driven a 2001 Isuzu SUV into the parking lot of Saturn Elementary School located at 880 North Range Road just before 8 a.m. to offload two children.

9-year-old Ray Jabbar was then airlifted to Arnold Palmer Children's Hospital in Orlando, Florida with minor injuries as a precaution.