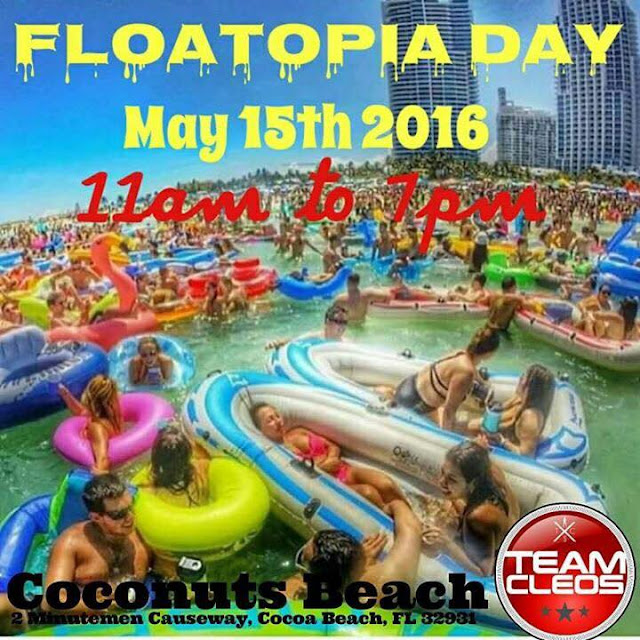 Floatopia events are created through postings on social media that invite beachgoers to bring inflatable flotation devices to party out in the ocean en masse.

Floatopias have been held on beaches across the United States for the last several years, but the enormous amount of trash left behind at the Miami Beach event has many beachside communities on alert.

Prior to the Cocoa Beach Floatopia, a Floatopia event in Bradenton Beach is scheduled for April 30. Bradenton Beach Police Chief Sam Speciale told CBS affiliate WTSP that if too many floats obstruct the view of lifeguards, he could be able to close the beach for health and safety reasons.

The Cocoa Beach Floatopia is scheduled to occur from 11 a.m. to 7 p.m. at the beach in front of Coconuts on the Beach at the end of Minuteman Causeway.

Cocoa Beach Mayor Tim Tumulty said that law enforcement will already be beefed up that day for the Thunder On Cocoa Beach superboat races that will take place further to the north between Lori Wilson Park and The Cocoa Beach Pier.

"Floaties and having fun aren't against the law," said Tumulty. "But littering is and it will be enforced."

UPDATE: The City of Cocoa Beach has issued the following statement:


The City has been working this situation from the very beginning (starting Saturday when the post first appeared). The safety of our residents is paramount and the City will staff up just in case the word doesn’t reach all of the promoters followers.
Labels: Cocoa Beach Ocean