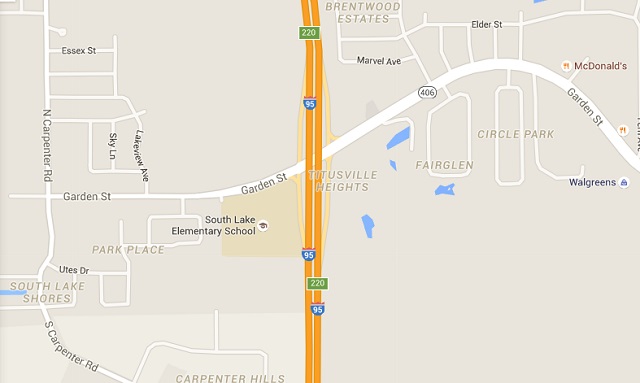 TITUSVILLE, Florida -- According to the Florida Highway Patrol, a 59-year-old man has died as a result of injuries that he sustained in a vehicle crash which occurred just after 9 a.m. on Sunday, April 17, 2016.


According to the FHP report, the Cocoa, Florida man was riding a 2014 Yamaha motorcycle northbound on the I-95 exit ramp to Garden Street in Titusville, Florida. For an unknown reason, the man lost control of the motorcycle and it struck a guardrail. He was then ejected from the motorcycle and pronounced deceased at the scene.
Labels: Cocoa Titusville