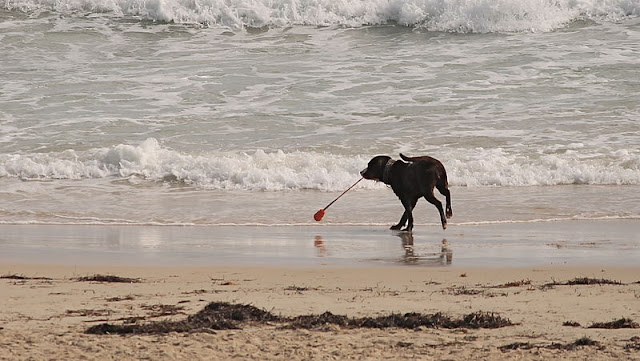 BREVARD COUNTY, Florida - An online petition to allow dogs along all of Brevard County's beaches before 9 a.m. and after 5 p.m. is nearing 5,000 signatures.

"There are approximately 76,282 households in Brevard County with one or more dogs (approx. 122,051 dogs) and yet there is only ONE dog friendly beach in all of the county (Canova Park, Melbourne), the petition states. "That park is impractical for dog owners to go there on a day to day basis."

The petition argues that the hour restrictions would not interfere with the daily beach goers and that it would be good for tourism.

"There are many dog friendly beachfront hotels, motels and rental units and yet the tourists may not take their dogs to any beach at any time, anywhere in Brevard with the exception of the Sandy Paws Dog Park at Canova Park in Melbourne," the petition states.

In April 2015, Brevard County Commissioners voted 3-2 against a citizen proposal to allow dogs on the beach in the unincorporated area south of the Cocoa Beach city limits with Commissioners Robin Fisher, Andy Anderson, and Jim Barfield voting 'no.'  Commissioners Curt Smith and Trudie Infantini voted 'yes.'

That proposal provided that dogs would be required to be on a leash or under positive voice command, in South Cocoa Beach, during the hours before 10 a.m. and after 5 p.m., except during turtle nesting season, when all dogs would be leashed at all times.

Opponents of dogs on the beach during that Commission meeting voiced concern over pet waste on the beach, the disruption of sea turtle nests, lack of available public parking, and the endangerment to beach-goers from unleashed dogs.