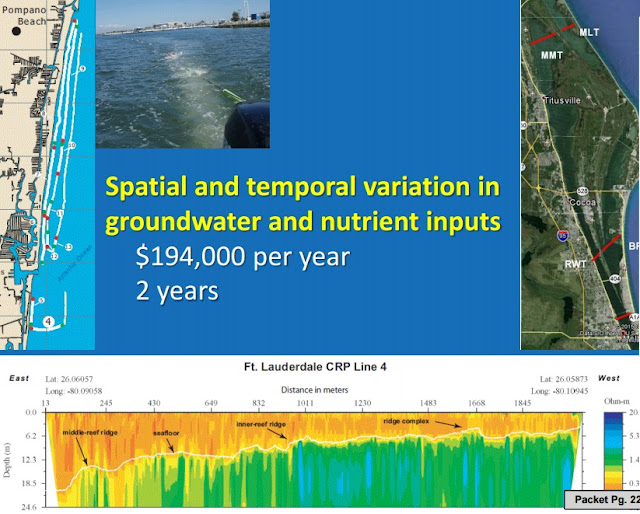 BREVARD COUNTY, Florida - Surveys of groundwater, water quality and fish will help scientists better understand the pollution sources delivered to the Indian River Lagoon through groundwater and tributaries, according to the St. Johns River Water Management District. The surveys will also show how these nutrients are cycled into algal blooms.

On Friday, April 15, 2016, the district's Governing Board approved a two-year joint funding agreement with the U.S. Geological Survey (USGS) to study fresh, potentially nutrient-enriched groundwater seepage near the Eau Gallie River - a tributary to the Indian River Lagoon in Melbourne, Florida - to improve estimates of nutrient pollution associated with different land uses. 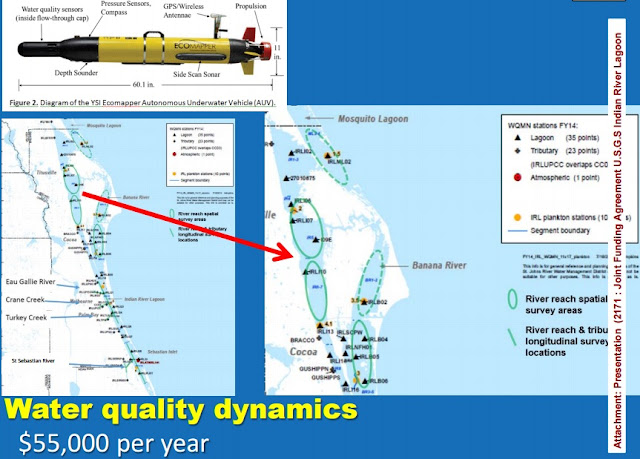 The district says that data collected by an autonomous underwater vehicle in a second survey will help to explain water quality variation between existing monitoring locations.

A third survey will investigate the potential role of activities by fish to increase nutrient movement from sediments to open water and the potential of fish affecting bloom formation. 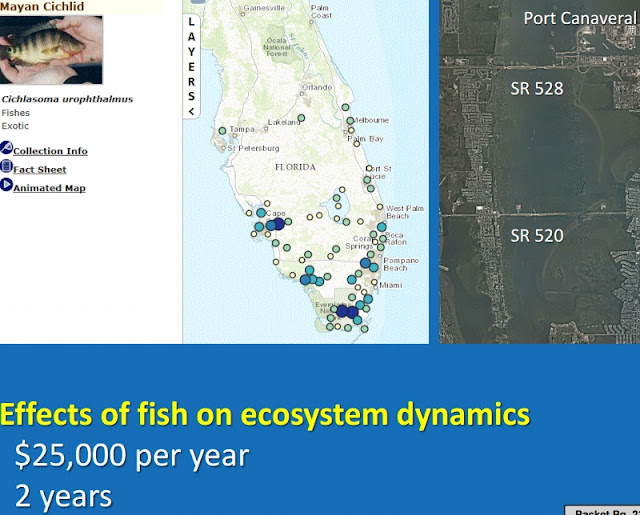 Over the two years of the applied research, the USGS will provide about 40 percent of the cost and the district will fund the remaining 60 percent. The district stated in a release that the goal of the work is to better understand how algal blooms develop and persist and what management actions may be possible to reduce bloom severity and encourage a healthy lagoon dominated by seagrass. 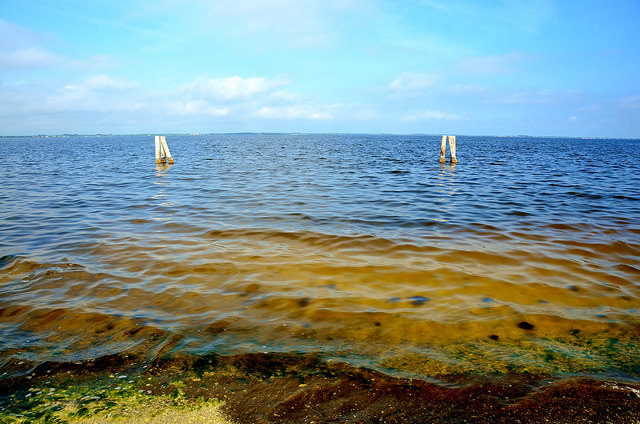 In March 2016, a Brown Tide algae bloom erupted in the northern Indian River Lagoon which caused the biggest fish kill in Brevard County history. Brown tides are caused by the pelagophyte Aureoumbra lagunensis. The algae depletes the dissolved oxygen in the water to such a low level that fish suffocate and die.