Bees Use Hairs To Sense Electrical Fields From Flowers 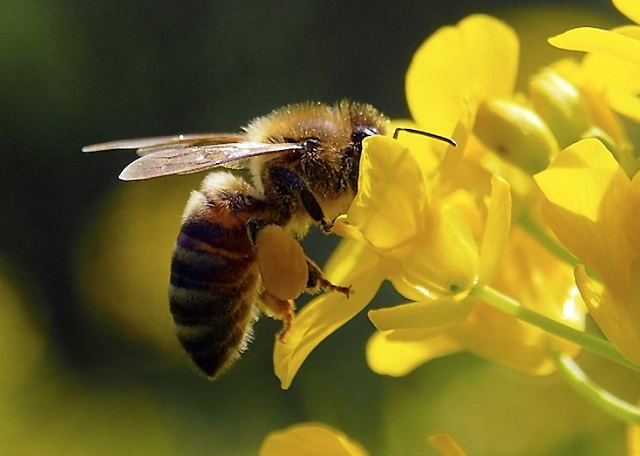 Bees use the tiny hairs on their bodies to sense electrical fields from flowers to pick out which flower that they want to harvest pollen from, a recent study published in the international journal Proceedings of National Academy of Sciences found.

Although scientists have known that flowers communicate with pollinators by sending out electric signals, just how bees were able to detect these fields remained a mystery.

Dr. Gregory Sutton, a Research Fellow in the University of Bristol’s School of Biological Sciences who led the study, wanted to understand how floral electrical signals are perceived, received and acted upon by bees because they are crucial pollinators in agriculture.

Using a laser to measure vibrations, scientists discovered that both the bees' antenna and hairs deflect in response to an electric field, but the hairs move more rapidly and with overall greater displacements. Researchers then looked at the bees' nervous system and found that only the hairs alerted the bee's nervous system to this signal.

Scientists believe that the electroreception may arise from the bees' hairs being lightweight and stiff, properties that confer a rigid, lever-like motion similar to acoustically sensitive spider hairs and mosquito antennae.

Electroreception is common in aquatic mammals. For example, sharks and rays are equipped with sensitive receptors that detect fluctuations in electric fields in seawater which helps them to detect prey. The findings in this latest bee study suggests that electroreception in insects may be widespread.

"We were excited to discover that bees’ tiny hairs dance in response to electric fields, like when humans hold a balloon to their hair," Sutton said. "A lot of insects have similar body hairs, which leads to the possibility that many members the insect world may be equally sensitive to small electric fields."