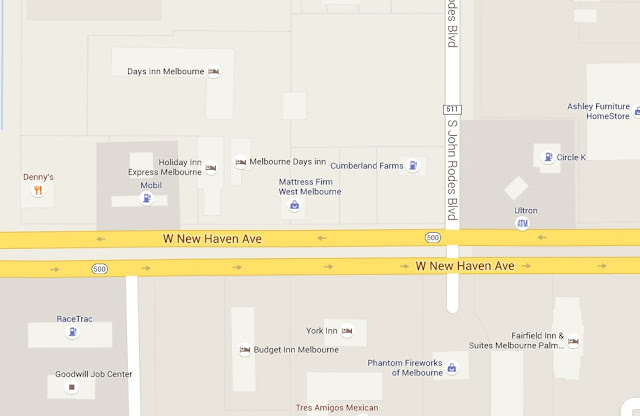 MELBOURNE, Florida - The Florida Highway Patrol is asking the public for information about a hit-and-run crash that killed a Melbourne, Florida man early Wednesday morning.

According to FHP, 45-year-old Thomas James Porter had been in the Cumberland Farms convenience store on US-192 (West New Haven Avenue) near John Rhodes Boulevard at 1:49 a.m. on Wednesday, May 18, 2016. Porter was seen leaving the store and walking towards US-192 at 2:27 a.m. He was later found lying in the eastbound turn lane of US-192 and transported to the hospital where he died.

Troopers say that there was heavy rain during that time frame and it was very dark in the area. FHP is asking that anyone who drove eastbound through the intersection at that time to call 407-737-2213.

So far, Troopers have not located any evidence to help identify the vehicle that struck the man and the investigation is ongoing.
Labels: crime Melbourne