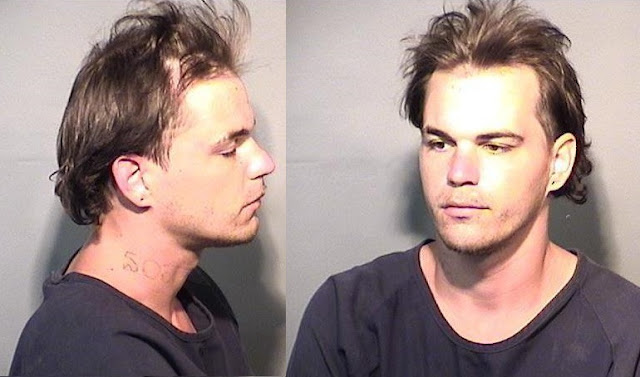 MELBOURNE, Florida - A homeless man has been arrested after brutally attacking and robbing the victim, according to the Melbourne Police Department.


Just after midnight on Thursday, Melbourne police responded to the 800 Block of East Fee Avenue following a report of  a person with extensive facial injuries. Police interviewed the victim and determined that he had suffered a brutal attack and his money and phone were stolen.


The victim gave police a detailed description of the suspected robber. Police were then able to locate a man in the immediate area matching the description.

Police arrested 24-year-old Michael Brandon Dudley-Palmer  after they discovered that he had the victim’s phone, money and blood on his pants.

Police say that during an interview, Dudley-Palmer made admissions implicating him as the person that robbed the victim.


The victim is currently being treated for substantial facial injuries.