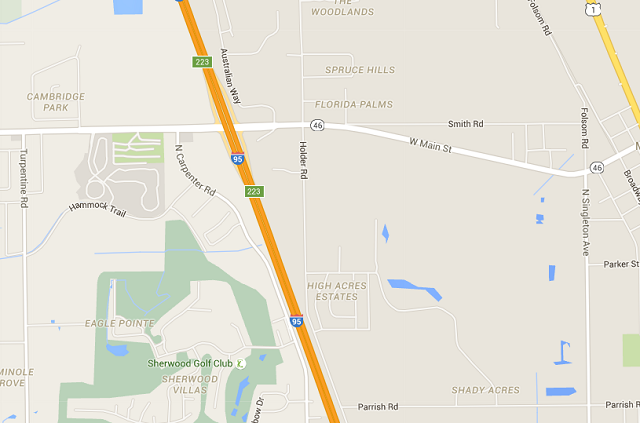 TITUSVILLE, FLORIDA - The Florida Highway Patrol is reporting that a Brevard County, Florida man has died as a result of injuries that he sustained in a motorcycle crash which occurred around midnight on Friday morning.

According to FHP, the 25-year-old Titusville, Florida man was riding a 2006 Honda motorcycle southbound on Holder Road near State Road 46 in Titusville. For an unknown reason, the rider lost control of the Honda which then left the road and struck a tree.

Both the rider and the motorcycle were then redirected through a fence and onto the east, grassy shoulder of northbound I-95.

The man and the motorcycle was not discovered until after 6 a.m. on Friday morning by a driver that happened to become disabled on I-95. His identification has not been released pending next-of-kin notification.