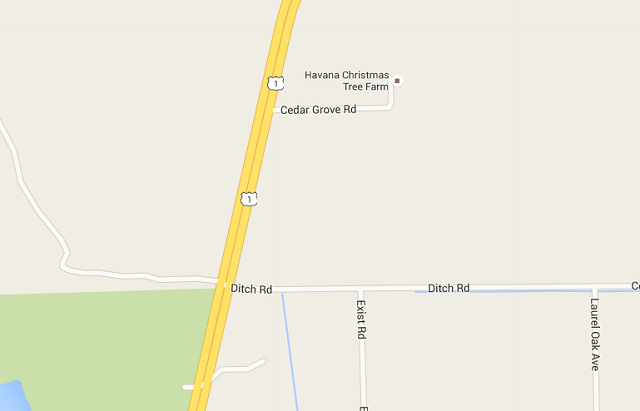 UPDATE: FHP has released the identity of the deceased man as 54-year-old Donald Carpenter.

VOLUSIA COUNTY, Florida - The Florida Highway Patrol reported that an Brevard County, Florida man died as a result of injuries he sustained in a crash that occurred on U.S. 1 in Volusia County on Tuesday.

The 54-year-old Titusville, Florida man was driving a 1993 Nissan southbound on U.S. Highway 1 just north of the Volusia County / Brevard County line. For an unknown reason, the Nissan left the roadway and struck a cuvlert on the shoulder near Cedar Grove Road. The vehicle continued on the shoulder where it struck several trees.

Another driver later discovered the man and the wreckage but FHP troopers have not determined the time of the crash.
The man was not wearing his seatbelt. His identiy has not been released pending next-of-kin notification.