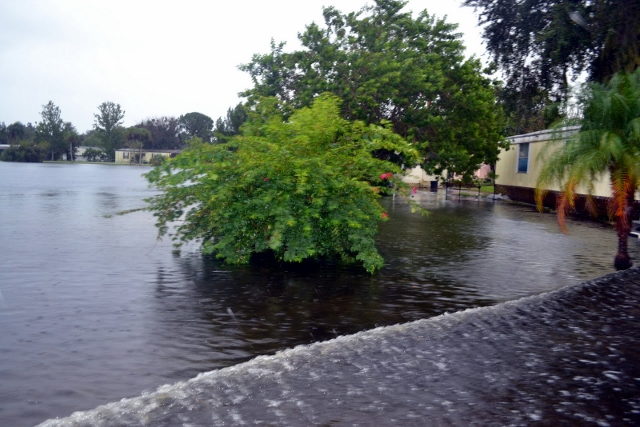 
**Tropical Storm Warning has been cancelled for Brevard County**

According to the National Weather Service in Melbourne, the majority of the significant weather will occur to the east of the center of the storm's track, affecting Central Florida. Residents should not overly focus on the exact track because the storm will affect a widespread area.

Heavy rainfall of 3 to 5 inches will be the primary threat, with the most widespread coverage and greatest accumulations beginning early Monday and continuing well into the evening. Some locations may receive twice as much rain. A Flood Watch is in effect for all of Brevard County from early Monday through Monday night.

Brevard County will begin experiencing the effects of the tropical storm by Monday morning, with the greatest threat for tornadoes between 8 a.m. and 2 p.m. There will be an increased risk for tornadoes across all of east central Florida, with the threat spreading rapidly north through the area Monday morning into the evening. Multiple, brief tornadoes may occur. Storm motion will be fast, and these situations often provide minimal lead time for tornado warnings.

Sustained winds will not pose a concern. However, winds will become gusty Monday through the overnight hours. Gusts in heavier squalls could briefly reach 40 to 50 mph in some areas.

Hurricane Season 2016 began June 1 and runs to Nov. 30. Brevard County Emergency Management Director Kimberly Prosser said the season is already active, which emphasizes the need for residents to be prepared and to have a plan in place to protect themselves and their families.

"Know your risks, have a plan, make a kit and stay informed," Prosser said. "Pay close attention to the weather over the next couple of days especially, but it's always important to know what to do if an emergency occurs."