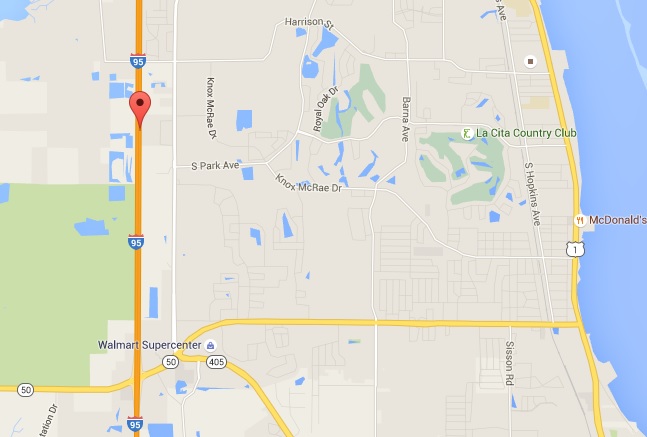 TITUSVILLE, Florida -- The Florida Highway Patrol is reporting that a Brevard County teenager has died as a result of injuries that he sustained in a fatal crash which occurred around 11 p.m. on Friday, June 17, 2016, on I-95 near Titusville, Florida.

FHP troopers report that 19-year-old Samantha Hodge of Mims, Florida, was driving a 2003 Mitsubishi Eclipse northbound on I-95 near mile marker 217 at a speed greater then the posted speed limit.


For an unknown reason, the Eclipse left the roadway and traveled onto the center paved emergency lane. The car then struck the guardrail, coming to final rest in the center median.

14-year-old Jarret Alan Blair, also  of Mims, Florida, died at the scene of the crash and was transported to the Brevard County Medical Examiner.

Blair and Hodge were not wearing seat belts at the time of the crash, according to FHP.

This crash remains under investigation.