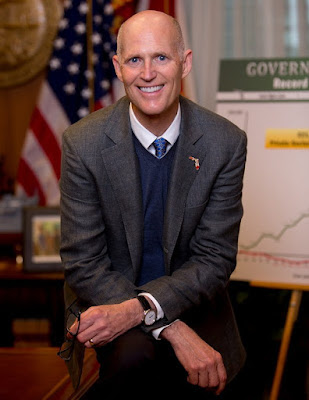 ORLANDO, Florida - Florida Governor Rick Scott declared a State of Emergency for Orange County, Florida in following the mass shooting by Omar Mateen at the Pulse nightclub in Orlando that left 50 dead and 53 wounded, many of which remain in critical condition.

“We still have a lot of questions that are unanswered. Our prayers are with the families and loved ones of everyone touched by this senseless tragedy. I want to urge the people of our state to pray for the victims, families of those who have been killed and wounded.  Pray for our city, state and country."

“We are a great state.  We are a diverse state and we have wonderful people here in Florida that will respond with dignity, strength and fortitude in the days ahead."

“To the people who did this or may be thinking about doing something similar: you don’t want to commit an act of terror in our state.  In Florida, our justice system is swift and our penalties are severe.  We are at a 45-year crime low and proud to be a safe state for our 20 million residents and 100 million tourists."

“While our hearts are broken for the injuries and the loss of life that occurred here early this morning, I have every confidence that the Orlando community will come together and heal. We are a strong and resilient state.  We have declared a state of emergency in Orange County to ensure all resources are made available to handle this tragic incident.  We will also devote every and all available resources to help the city of Orlando heal.”