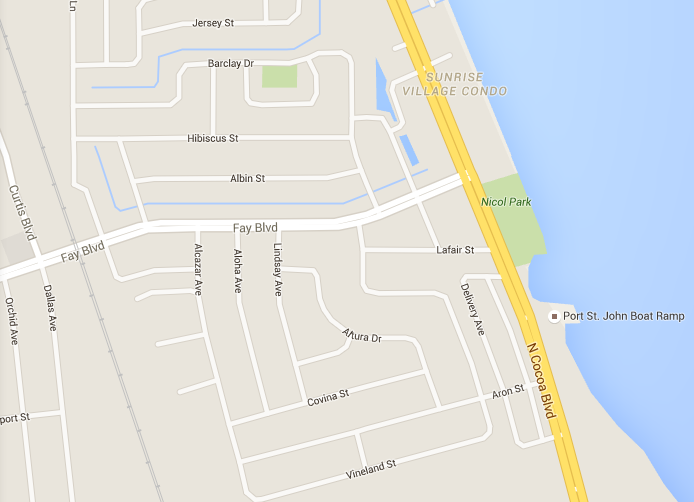 PORT SAINT JOHN, Florida - The owner of a vehicle that may have been involved in a fatal hit-an-run crash on Wednesday night in Port St. John, Florida has contacted law enforcement.

Around 9:30 p.m. on June 22, 2016, FHP troopers responded to a call regarding a deceased person on US-1 near Fay Boulevard in unincorporated Brevard County.

Troopers later determined that a vehicle was traveling northbound on US-1 and struck an adult male pedestrian, 72-year-old Hershell Cordell who was traveling in an unknown direction.  The vehicle then fled the scene.

A while later, law enforcement was contacted by an owner of a 2001 Ford 4-door who said that the vehicle had been involved in some type of crash.  The Ford is back at the scene and has damage consistent with striking a pedestrian, troopers say.

FHP are still continuing their investigation into the fatal crash.  According to FHP, the owner of the Ford is being cooperative and troopers have not yet identified a driver.
Labels: Port St. John