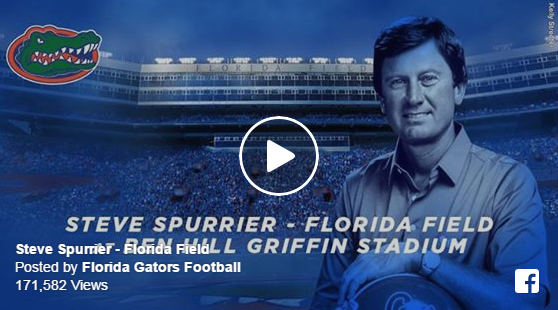 GAINESVILLE, Florida - The University of Florida announced on Thursday that the university's Board of Trustees approved the renaming of Florida Field at Ben Hill Griffin Stadium to Steve Spurrier-Florida Field at Ben Hill Griffin Stadium.
As a player, Spurrier was UF's first Heisman Trophy winner back in 1966. He came to UF to coach and led the Gators to their first national championship in 1996.