VIDEO: Exchange of Gunfire Between SWAT and Pulse Gunman 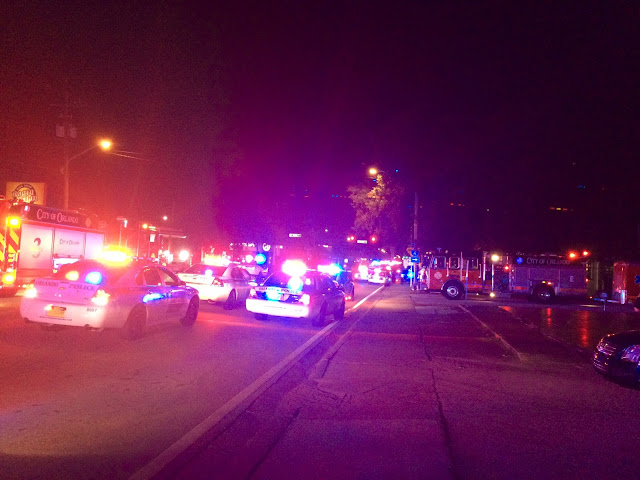 ORLANDO, Florida - Below is a video which captures the sound of the exchange of gunfire between Omar Mir Seddique Mateen and the Orlando Police Department's SWAT Team at the Pulse nightclub in downtown Orlando during the early morning hours of Sunday, June 11, 2016.

Mateen opened fire with an AR-15 at the popular gay nightclub just after 2 a.m that left 50 dead and 53 injured.

Around 5 a.m., Orlando police tweeted that a loud noise heard near the scene of the nightclub shooting was a "controlled explosion" which was later revealed to be a distraction tactic used to confuse the gunman while the SWAT Team moved in.

By 5:50 a.m., Orlando police confirmed that the shooter is dead.