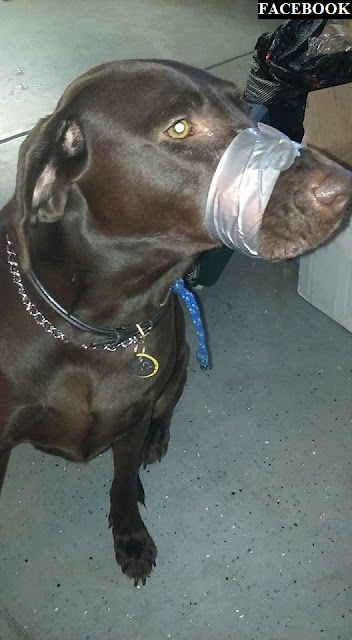 CARY, North Carolina - A woman who posted a picture of her chocolate lab-mix with its mouth taped shut on her Facebook page with the caption 'This is what happens when you dont shut up!!!' was convicted of animal cruelty in North Carolina on Friday.

Police in Cary, North Carolina charged 45-year-old Katharine F. Lemansky, whose Facebook page lists her name as Katie Brown, with one count of Class 1 Misdemeanor Cruelty to Animals after police said that she admitted the incident took place in Cary.


Although the charge carries a fine and possibly up to 150 days in jail, Lemansky was sentenced to a year of probation which was suspended by the Wake County Court.

Police departments in three states worked together to determine jurisdiction after the photo went viral last year on social media over the Thanksgiving holiday weekend which sparked a flood of phone calls to several different police departments where the woman was believed to be located. 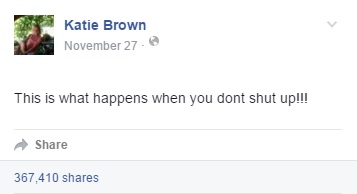