Earthquake Off Florida Was Really A U.S. Navy Explosion 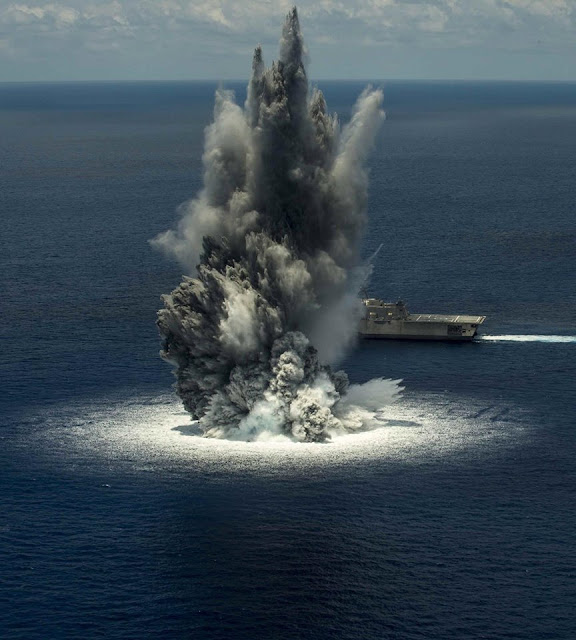 The above picture release by the U.S. navy shows the June 10 explosion that was the first of three scheduled full ship shock trials in the Atlantic Ocean. The shock trials are designed to demonstrate the ship's ability to withstand the effects of the nearby underwater explosion and retain required capability.

The U.S. Navy is expected to release a more detailed statement regarding the explosions later this week, the Daytona Beach News-Journal reported.

A veterinarian was aboard the test vessel to ensure the safety of marine mammals.

“We take the safety and security of marine mammals seriously,” Capt. Thurraya Kent, a spokesperson for the Navy’s acquisition directorate, told Defense News. “We have to keep in mind migration patterns in addition to the other variable of sea state and weather. We also have additional lookout, more than you would normally have when you’re out to sea. We do not conduct test shots if a marine mammal is in the proximity.”

The USGS has since revised the quake as an 3.7 Magnitude 'Experimental Explosion' by the U.S. Navy. 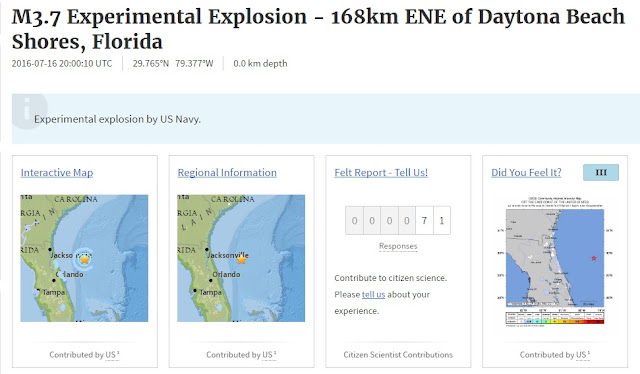