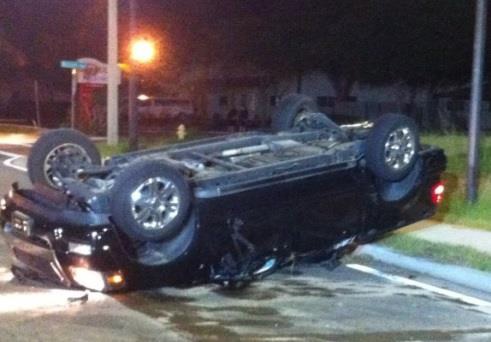 MELBOURNE, Florida - A Melbourne police officer was hit by a truck driven by a fleeing suspect early Monday morning.

Just after 1 a.m. on Monday, July 18, 2016,  a traffic stop was attempted on a black Ford Sport Track Truck that had been reported stolen from Rockledge Police Department in the area of Lipscomb Street and University Boulevard in Melbourne, Florida.

The driver of the Ford failed to stop and accelerated east on University Boulevard to US-1. Stop sticks were then deployed at Brevard Avenue and US-1.  The driver changed lanes to avoid the stop sticks and drove directly at a police officer - striking him.

The Ford continued westbound on Brevard Drive and north on Babcock Street where the Pursuit Intervention Technique (PIT) maneuver was used to stop the vehicle. The Ford then spun around and rolled over.

Two occupants were removed from the vehicle and the driver was later identified as 26-year-old Octavius Merrill Weaver. Both occupants were transported to Holmes Regional Medical Center. Weaver was evaluated and released into the custody of the Melbourne Police Department where he was charged with attempted murder on a law enforcement officer. 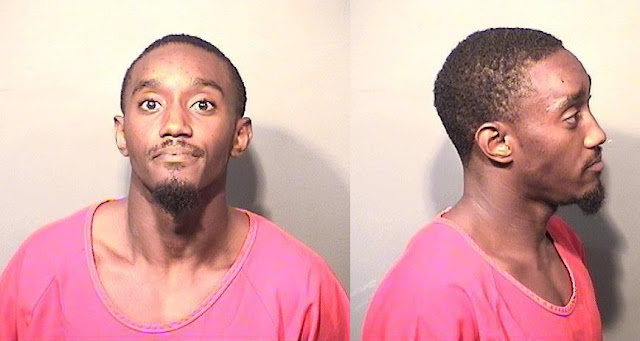 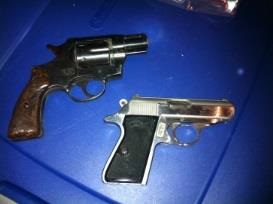