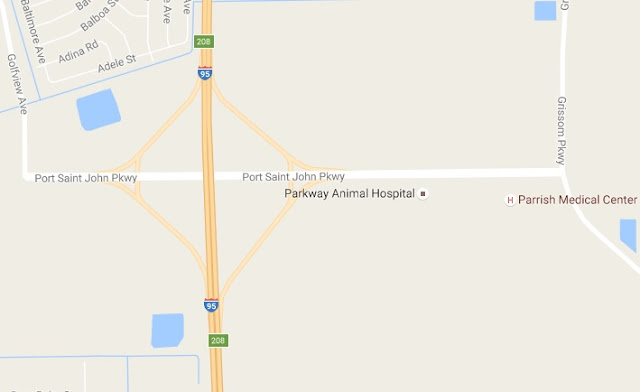 BREVARD COUNTY, Florida - A 22-year-old Cape Canaveral, Florida man has died as a result of injuries that he sustained in a crash which occurred at approximately 3 a.m. on Saturday, August 20, 2016, near the intersection Port Saint John Parkway and the I-95 on-ramp.

70-year-old Ronnie Crane of Cocoa, Florida was driving a 2014 Ford pickup on the entrance ramp to southbound I-95 from Port Saint John Parkway.

For an unknown reason, the Cape Canaveral man was either standing or walking on the entrance ramp. Crane did not see the man and the front of the Ford struck the pedestrian. His identity has not been released pending next-of-kin notification.

FHP determined that Crane did not consume alcohol prior to the crash. A toxicology report of the deceased man from the Brevard County Medical Examiners office is pending.