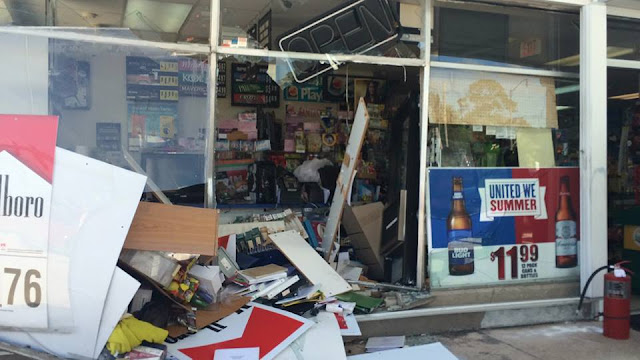 Police and fire-rescue personnel responded to the intersection of U.S. 1 and Peachtree Street for reports of a vehicle crash involving a commercial flat-bed truck that hit a red Buick LeSabre. Investigators say that the driver of the truck was heading southbound when the truck collided with the Buick which appeared to be traveling eastbound on Peachtree Street while crossing the intersection of U.S. 1.

The impact of the initial collision caused the Buick to crash through the front of a nearby Chevron gas station building. The Food Mart store manager then had to jump out of the way to avoid being hit by the car.

After the car crashed through the gas station, the manager went into rescue mode when the Buick caught fire. He grabbed a fire extinguisher to stop the fire and attempted to render aid to the elderly female driver who was later taken to the hospital with serious injuries. The driver of the other vehicle was also sent to the hospital with non-life threatening injuries. 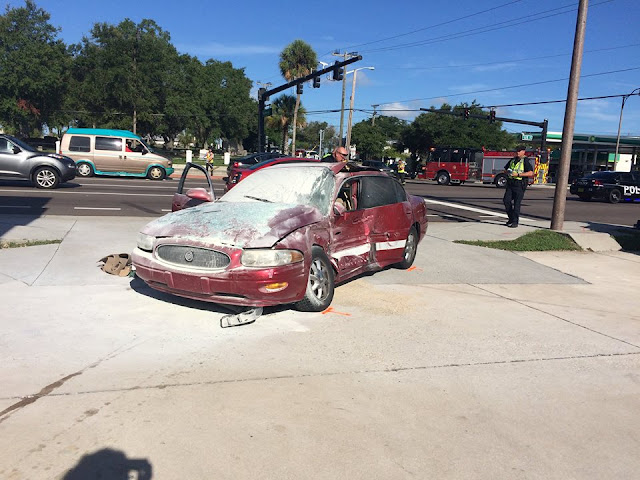 Police say that it appears one of the vehicles ran a red light at the intersection. The investigation is ongoing. The Cocoa Police Department is asking anyone who witnessed the crash and hasn’t spoken to police to please contact Officer Jeff Aiken at 321-639-7620.