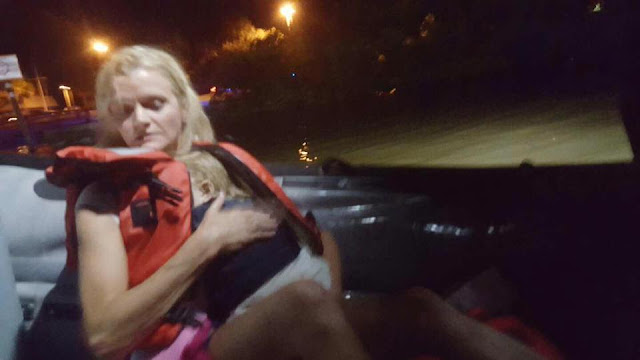 COCOA, Florida - Cocoa Police officers, with assistance from multiple agencies and several Good Samaritans, rescued a family of four, including a toddler and an infant, after their boat crashed and overturned in the Indian River near the Hubert Humphrey Bridge (State Road 520).

At 10:40 p.m. on Friday, police responded to the area after receiving several 911 calls reporting a boat crash with several people in the water.

After arriving on scene, four patrol officers jumped into the water and began searching for the victims.  A Good Samaritan in a nearby boat also assisted in the search.

The adults and the infant were quickly located - but the search continued for nearly one hour for a 23-month-old girl. Officers Matt Rush and Corporal Alan Worthy found the girl trapped underneath the overturned boat where she was staying afloat in a small pocket of air. Rush and Worthy pulled the child out from underneath the boat and delivered her to waiting paramedics for treatment. 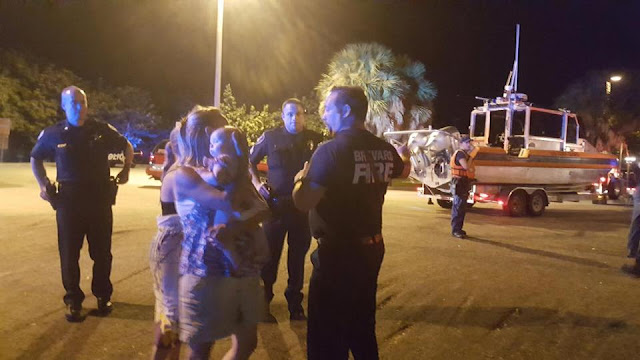 Police say that the toddler was wearing a life jacket and is in good condition along with the rest of her family. All of the passenger were later transported to the hospital for evaluation.