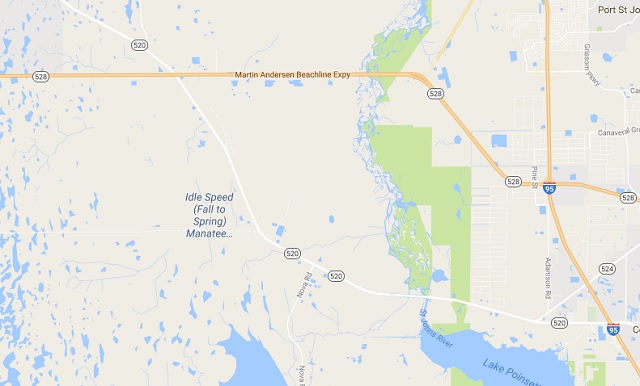 ORANGE COUNTY, Florida - A Brevard County woman has died as a result of injuries that she sustained in a crash which occurred at approximately 6:05 a.m. on Wednesday, August 18, 2016, near the intersection of State Roads 520 and 528 in Orange County, Florida.

74-year-old Bruce Clouting of West Melbourne, Florida was driving a 2014 Ford northbound on State Road 520 in the left turn lane.

According to the Florida Highway Patrol, Clouting attempted to make a left turn to travel west onto State Road 528, causing the Ford to come into the direct path of the Jeep. The front of the Jeep then struck the right side of the Ford.

72-year-old Linda Clouting was a passenger in the Ford when the impact occurred. She was transported to Wuestoff Hospital where she was declared deceased. Both drivers only suffered minor injuries.

FHP determined that alcohol was not a factor in the crash and all parties were wearing their seatbelts at the time of impact.