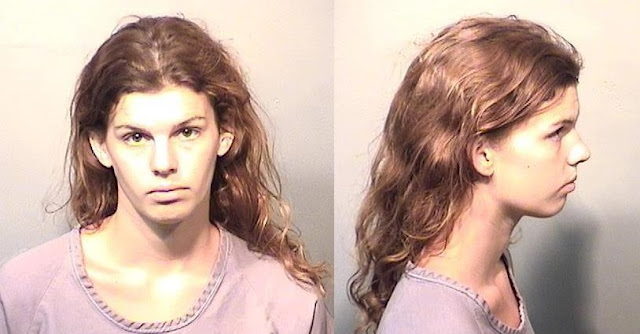 UPDATE: The victim, Dakota Sullens, 28, was pronounced deceased at 4:30 p.m. Thursday as a result of his injuries. Shephard Alese Seamans will now face an upgraded charge of leaving the scene of an accident with death.

COCOA, Florida - A 22-year-old woman is in custody and facing charges for a pedestrian hit-and-run crash that occurred on Tuesday afternoon in Cocoa, Florida.

Shephard Alese Seamans, of Cocoa, Florida, was arrested when Cocoa Beach Police located her at Cheater's Gentlemen’s Club after receiving a bulletin about a hit-and-run investigation from Cocoa Police.


The crash occurred just after 2 p.m. on State Road 520 just east of U.S. 1. According to witnesses, a white male was on foot near the median between the east and westbound lanes of State Road 520 when a Ford Explorer traveling eastbound struck the pedestrian - causing him to go airborne and land on a pickup truck before coming to a final rest on the concrete median.

Investigators say that the driver of the Explorer stopped, exited the vehicle, but failed to render aid and left the scene. Dispatchers received information about the vehicle including a tag number along with a description of the female driver later identified as Seamans.

Cocoa Beach Police officers later received information that led them to the strip club on State Road A1A. Once the officers made contact with her, she allegedly made statements incriminating herself in the hit-and-run crash.

Seamans was booked into the Brevard County jail on $15,000. She was charged with five felony counts of possession of oxycodone without a prescription, trafficking oxycodone, and leaving the scene of an accident with serious bodily injury. She was also charged with the misdemeanor offense of driving while license suspended. 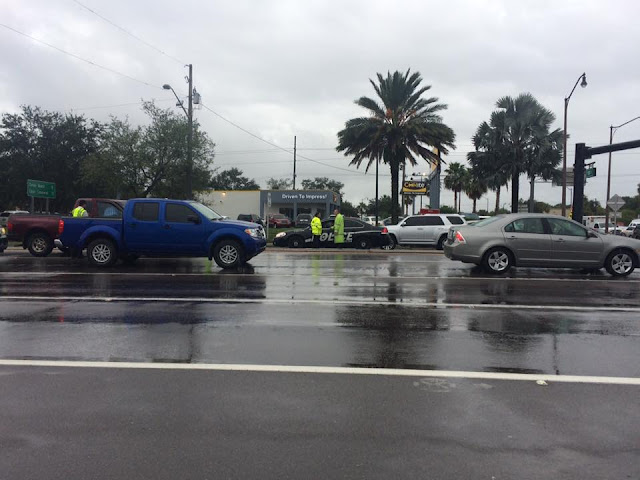 The victim remains in critical condition at the hospital. His name is being withheld pending further investigation. The investigation is ongoing and additional charges are pending.