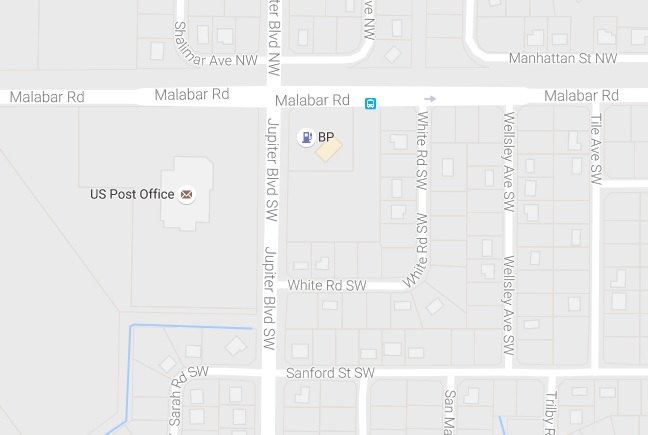 PALM BAY, Florida - Around 3 a.m. on Wednesday, September 7, 2016, Palm Bay police officers arrived at White Road in Palm Bay, Florida in response to a report that a man had shot and killed someone several hours earlier.

After arriving at the residence where the shooting suspect and victim were inside, police set up a perimeter in the surrounding area.

About fifteen minutes later, police were able to take the suspect into custody outside of the residence who is now being questioned about the shooting.

When police entered the residence, they discovered a deceased victim along with a firearm.

This story is breaking. Check back for updates.
Labels: crime Palm Bay