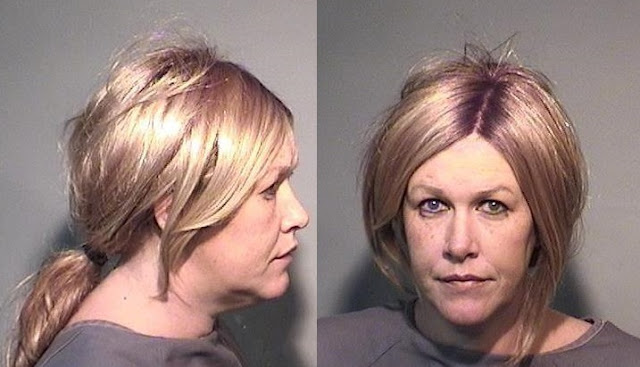 MELBOURNE, Florida - Officers from the Melbourne Police Department responded to a report of a seven-year-old girl and a twelve-year-old boy who were seeking help for their “drunk” mother, Shaun Marie Orlos of Rockledge, Florida.


The 41-year-old Florida woman was located in her vehicle in a strip mall parking lot located at 1080 North Wickham Road. When police made contact with Orlos, her vehicle was allegedly still running and she was sitting in the driver’s seat.

Police say that the mom smelled of an alcoholic beverage, had slurred speech, and blood shot eyes. When Orlos exited her vehicle, she allegedly could not stand without leaning on it. Orlos allegedly refused to undergo field sobriety tests or submit to a breath test and was subsequently arrested.

Police say that Orlos has a suspended license and two prior arrests for Driving Under the Influence. The most recent conviction for DUI was in September 2014. She was booked and transported to the Brevard County Jail where she is being held under a $7,500 bond.
Labels: Brevard County crime Florida Woman Melbourne
Location: 1080 N Wickham Rd, Melbourne, FL 32935, USA