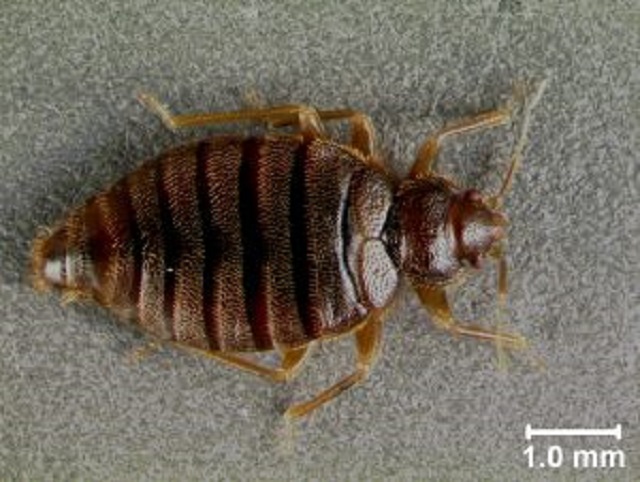 MERRITT ISLAND, Florida — For the first time in 60 years, a tropical bed bug that can develop more quickly than the common bed bug has been confirmed in Florida.

For decades, modern pest control methods kept common bed bugs mostly at bay with various chemical treatments. Then scientists saw a resurgence of those bugs in the late 1990s and 2000s. The same thing may be happening with the tropical bed bug, University of Florida Institute of Food and Agricultural Sciences researchers speculate. Tropical bed bugs hadn’t been confirmed in Florida since the 1930s and 1940s. In 2015, a family in Brevard County reported tropical bed bugs in their home, said Brittany Campbell, a UF/IFAS doctoral student in entomology.


UF/IFAS scientists confirmed the bug finding in Merritt Island, Florida, and so far, that’s the only confirmed case in the Sunshine Stae. But researchers think it’s possible they’ll find the bug in other parts of Florida and, in fact, the South because it lives in tropical and sub-tropical climates. Other than its geographic preference, the tropical bed bug is similar to the common bed bug, which is found in all 50 states.

“I personally believe that in Florida, we have all of the right conditions that could potentially help spread tropical bed bugs, which is the case in other southern states,” Campbell said. “As long as you have people traveling and moving bed bugs around, there is a real potential for this species to spread and establish in homes and other dwellings.”

Campbell co-authored a journal article on the tropical bed bug finding. She said that biologically, tropical bed bugs mirror common bed bugs in that they feed on human blood. So they’re likely to cause similar health problems if you get a severe infestation: fear, anxiety, depression, sleeplessness, and itchy, blistery reactions on some people.

“I have been asking people to send bed bug samples to our laboratory so that I can properly identify the species,” Campbell said. “If they do have a bed bug infestation, because they are so difficult to control, I ask that people consult a pest-control company for a professional service. There isn’t as much research available on tropical bed bugs as common bed bugs, but hypothetically they should be able to be controlled the same way as the common bed bug species because their biology/behavior are similar.”

If you think you have tropical bed bugs, you can send them directly to Campbell at the UF/IFAS entomology and nematology department; University of Florida; 1881 Natural Area Drive, Gainesville, Florida, 32611 or to the identification lab at UF (http://entnemdept.ufl.edu/insectid/). Campbell recommends people place their insects either into a small plastic container or sealed into a plastic bag, folded over multiple times to help cushion the insects from being smashed. You can kill them first by placing them into the freezer but live specimens are allowed as well, she said.