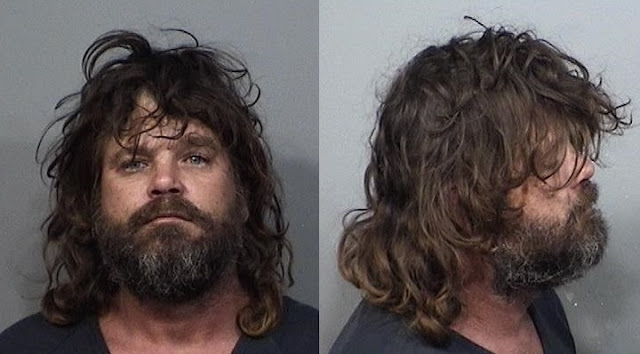 MELBOURNE, Florida - A 46-year-old Brevard County man is facing his seventh DUI arrest after a Melbourne police officer observed a tan Ford SUV run a stop sign at the intersection of McClendon Avenue and Avocado Avenue just after midnight on Monday in Melbourne, Florida.


The officer then attempted to make a traffic stop when the driver, later identified as Darryl Kenneth Snyder, showed signs of impairment. However, Snyder allegedly refused to stop and a brief, low-speed pursuit ensued ending near the Snyder’s residence at 2105 Highland Avenue in Melbourne.

Police say that during the traffic stop, Snyder showed signs of impairment and refused to perform any Field Sobriety Tests or the Breath Test. A warrant was authored and served on Snyder to draw blood for the purposes of determining his Blood Alcohol Content.

Police discovered that Snyder has a revoked license with five prior DUI convictions and an additional arrest where the DUI charge was reduced to reckless driving. Snyder was also out on an inmate release status after serving a prison sentence for Felony DUI.

Snyder was later booked into the Brevard County Jail on an $8,000 bond.
Labels: crime Melbourne