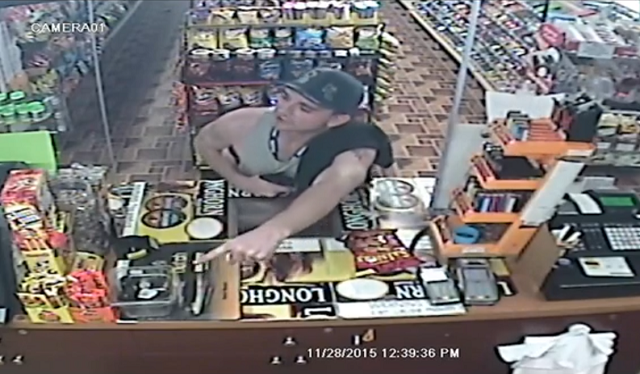 BREVARD COUNTY, Florida -- A man suspected of committing a series of armed robberies during the 2015 Thanksgiving week in Brevard County has been sentenced to life in prison.

The first robbery occurred at a Days Inn Hotel in Titusville followed by a second robbery at a Days Inn in Cocoa just a few minutes later.

The third robbery occurred the following day at the Sunny Food Store in Cocoa followed by another robbery shortly thereafter at Joe’s Bestway Deli, also in Cocoa. The victims reported that Miller pointed a gun at them, demanded cash and the keys to their vehicle. He then fled the store in the victim’s vehicle which was a silver Honda Accord.

Two days later, Miller was found at a Knights Inn motel in Jacksonville along with the car stolen from Joe’s Bestway Deli.

The Cocoa investigation also resulted in convictions for crimes in Orange County where Miller was subsequently sentenced to life in prison last summer. Multiple other jurisdictions across Florida also have pending charges against him.

“We had some good information that came up quickly in this investigation,” said Cpl. Chris Bradshaw who worked with Detective Mark Rush and the Criminal Investigations Division to locate Miller. “I’m glad we were able to get him into custody before someone was injured or killed. It is good to see justice, not just for our case but for all the other cases we were able to help link him to.”