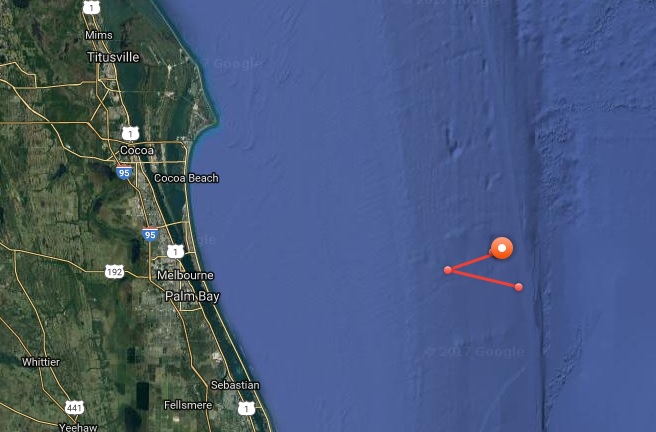 COCOA BEACH, Florida - A great white shark weighing over 2,000 pounds that was tagged with a radio transponder to be tracked by satellite has had its latest ping locations off the coast of Brevard County, Florida on January 24, 2017.

The 14-foot great white shark, named Katharine, that was tagged off Cape Cod in 2013, has steadily been making her way northward along Florida's coast.

The great white shark made her closest approach to Brevard County in May 2014 when she was tracked just 1 mile away from the mouth of Sebastian Inlet.