Florida Institute of Technology Warns Students Not To Fly Internationally 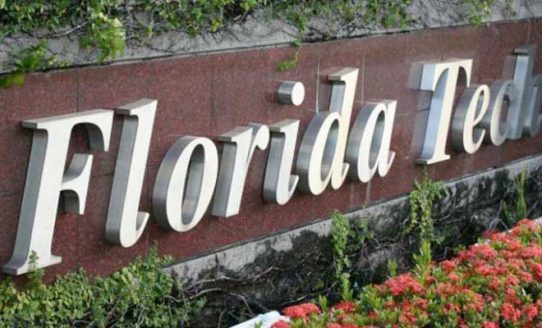 MELBOURNE, Florida - The Florida Institute of Technology has issued an advisory warning students to not fly internationally following an Executive Order signed by President Donald J. Trump on Friday titled "Protecting the Nation From Foreign Terrorist Entry Into the United States" which temporarily bans entry of foreign nationals from seven countries that are linked to terrorism.

"I am aware that there are questions and concerns related to President Trump's recent executive order concerning immigration, wrote FIT President, T. Dwayne McCay. "Indeed, the university administration is monitoring this unfolding situation very closely, and will communicate with and support any affected members of our campus community as needed. At the moment, we all have more questions than answers."

" ... We are a university that embraces diversity and strives to prepare students for global citizenship. This has been fundamental to our mission dating to the earliest days of this school," McCay continued. "We have only enhanced and strengthened this commitment since then, rising now to be recognized as the most internationally diverse undergraduate population of any university in the United States."

Everybody is arguing whether or not it is a BAN. Call it what you want, it is about keeping bad people (with bad intentions) out of country! — Donald J. Trump (@realDonaldTrump) February 1, 2017

Just last year, a former international student who attended FIT was sentenced to 18 months in federal prison for possession of a firearm and ammunition by an unlawful alien. However, that student, Hamid Mohamed Ahmed Ali Rehaif, was a United Arab Emirates national - a country that is not on the travel ban list.

According to evidence presented at trial, Rehaif was admitted into the United States in 2013 under a student visa in order to attend FIT. After completing three semesters, he was academically dismissed in December 2014.  As a result, Rehaif became an unlawful alien when he failed to immediately depart the United States.