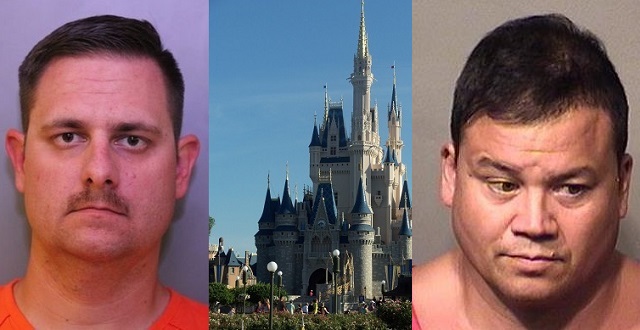 According to the Polk County Sheriff's Office, 32-year-old Dirk Watson (pictured left), of Merritt Island, Florida, began chatting online to an undercover detective posing as a 14-year-old girl. During their online conversation, Watson allegedly solicited the “girl” to engage in sexual activity.

Watson is an active-duty Captain in the U.S. Air Force, stationed at Cape Canaveral Air Force Station, and a coach for his son’s little league baseball team. His wife and two children were at Disney World, and he was going to join them on Sunday but instead allegedly drove to the undercover location and was arrested on Saturday evening.

The other Brevard County man, 51-year-old John Hamilton (pictured right), of Melbourne, Florida, allegedly replied to a fictitious ad placed by an undercover detective and arrived at the undercover location to have sex with two prostitutes. He told detectives he is a retired Major in the U.S. Air Force. He was arrested last year in Brevard County for domestic violence battery.
Labels: crime Polk County