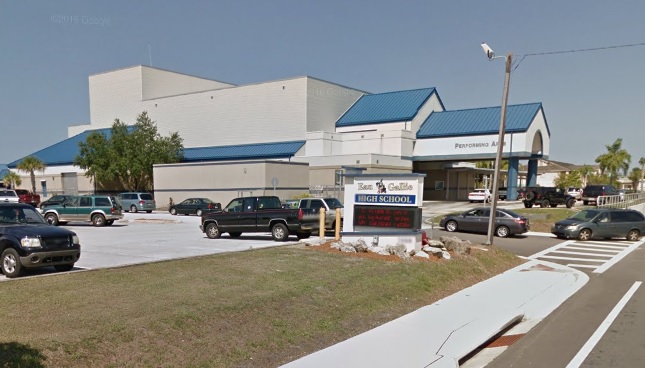 Patricia Coleman, who had worked as school bookkeeper since 1993, is accused of embezzling about $97,000 over two years from various funds at Eau Gallie and about $23,000 from an account the high school principal administered for Cape Coast Conference athletics. Such money typically comes from deposits for field trips, student fundraising or from cash collected at athletic events.

“Our trust has been violated by an employee hired to support our students,” Superintendent Desmond Blackburn said. “We will institute appropriate measures to eliminate opportunities to commit crimes in Brevard Public Schools.”

“The school district will cover the deficits in school accounts caused by the alleged embezzlement and subsequent resignation of the bookkeeper,” said Pennie Zuercher, BPS chief financial officer. “Any additional reimbursement of missing funds will depend on restitution paid in the criminal case and ongoing efforts by the district to document the losses for a possible insurance claim.”

Less than two years ago, another Brevard Public Schools bookkeeper was charged with embezzling funds from Southwest Middle School.

To deter any other employees from stealing school funds, Zuercher and BPS say that they are taking steps toward centralizing portions of school accounting at district headquarters in Viera, where deposits would be verified, accounts reconciled and checks cut on behalf of schools and activities.

Other corrective steps taken by BPS have included financial training for the Eau Gallie principal, who was responsible for oversight and surprise visits and interim audits of the school.

Coleman resigned from BPS on September 2, 2016.  Her personnel file at BPS includes no previous disciplinary action.

“We thank Sheriff Ivey and the BCSO for our continued partnership in coordinating security for Brevard Public Schools and for their thorough investigation of this case,” said Blackburn.