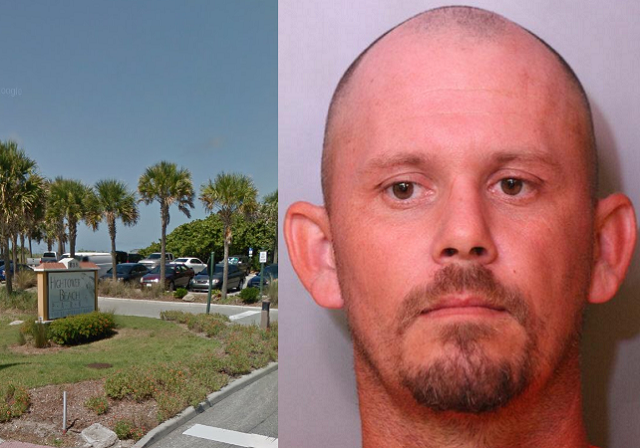 SATELLITE BEACH, Florida - An arrest has been made following the brutal rape of a woman who was reading a book in her car last month at Hightower Beach Park in Satellite Beach, Florida.

The Satellite Beach Police Department has confirmed that Harry Claude Adam Page of Winter Haven, Florida has been arrested and charged with Aggravated Sexual Battery.

An arrest warrant was issued on Friday after Satellite Beach investigators received confirmation from the Florida Department of Law Enforcement Crime Lab that evidence collected from the crime scene matched Page’s DNA profile.  Page was arrested without incident in Polk County on Friday at approximately 6:30 .p.m by the Polk County Sheriff’s Office, who was working in cooperation with Satellite Beach investigators.

Page is a registered, violent sexual predator, who has an extensive criminal background.

On Sunday, February 12, 2017, a woman was sitting in her car at the north end of the parking lot reading when Page allegedly pulled the woman from the car, pinned her to the ground, and hit her several times in the face and head. The woman told police that the suspect threatened her life multiple times and sexually battered her in the parking lot.
“Our investigative team worked nonstop on this case, following up on nearly a hundred leads," said Satellite Police Chief Jeff Pearson.  "Ultimately, this arrest came down to good police and forensic work.  Further information will be released as our investigators continue to follow up on leads and use every resource available to make sure this case is successfully prosecuted and this man won’t harm anyone else again.”

Page is being held on No Bond at the Polk County Jail until he is transferred to the Brevard County Detention Center.