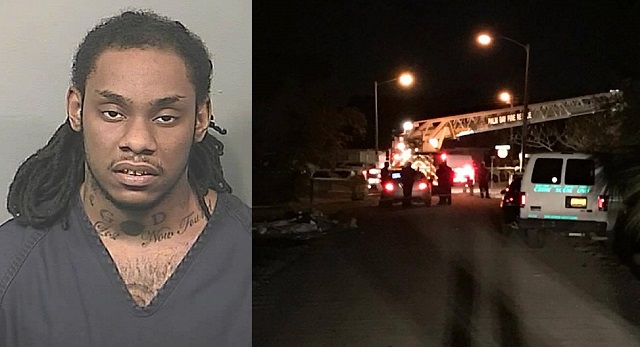 Just before 5:30 p.m. on Friday, gunshots rang outside a home located on Vernon Drive in Palm Bay, Florida. When Palm Bay police arrived, they discovered that two men had been killed. Over 20 shots were fired at the two victims.

A manhunt for the suspected shooter then ensued. Several hours later, police arrested 31-year-old Derrick Flowers on the other side of the state in Polk County, Florida.

Police have released the names of the men who were killed. They are Flowers' half-brother, 27-year-old Joshua Wadlington, and 38-year-old Michael Landon. Detectives still searching for a motive in the double homicide.
Labels: crime Palm Bay