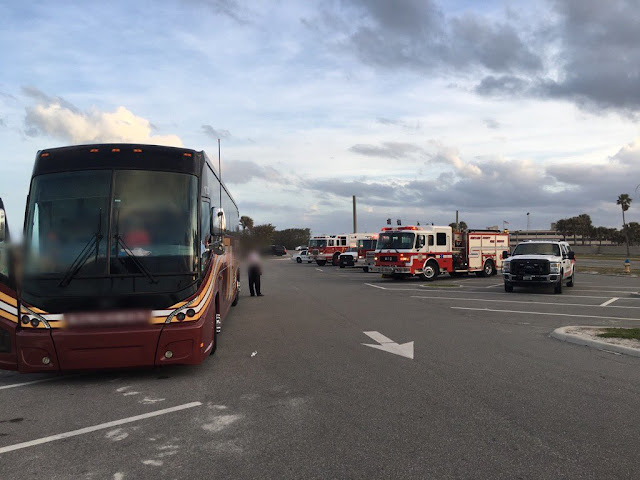 PATRICK AIR FORCE BASE, Florida - Five Georgia teenagers were rescued from dangerous rip currents on Friday while on a JROTC field trip in Florida.

The National Weather Service in Melbourne, Florida had issued a strong surf and rip current advisory on Friday. Apparently unaware of the danger, the teens and their chaperones from Marietta, Georgia were in a chartered bus that had stopped at a beach parking lot across from Patrick Air Force Base to go swimming just before 6 p.m.

That particular stretch of beach along Florida's Space Coast does not have civilian Brevard County Ocean Rescue lifeguards on duty because it is part of a federal military base. Luckily, there were Good Samaritans nearby who aided the teens minutes before airmen and Brevard County Fire Rescue crews arrived.

The five rip current victims were transported to Cape Canaveral Hospital in nearby Cocoa Beach, Florida. All of the swimmers survived and were later released from the hospital.

The National Weather Service advises that strong surf and an elevated rip current threat will continue throughout Easter weekend and into next week. 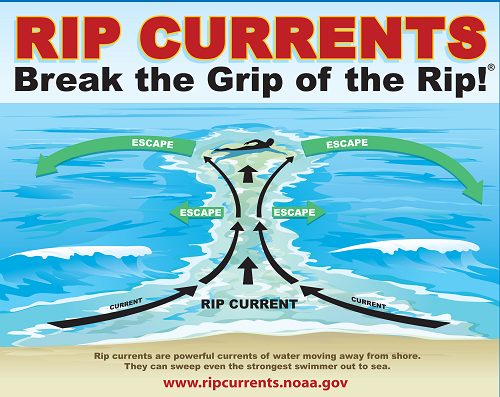 Rip currents are powerful channels of water flowing quickly away from shore, which occur most often at low spots or breaks in the sandbar and in the vicinity of structures such as groins, jetties, and piers. Remember to swim near a lifeguard and do not swim alone. Ask the beach patrol about ocean hazards when you arrive at the beach.