Beach Closed Again On Cocoa Beach Due To Sharks 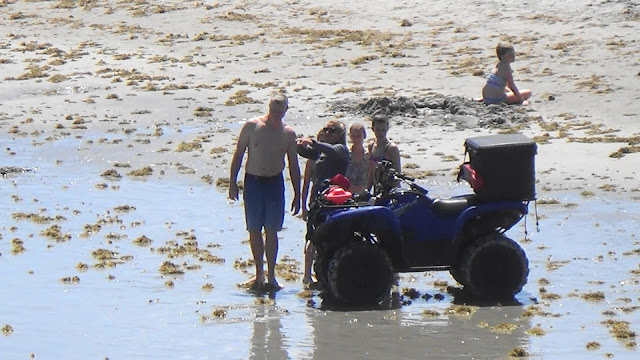 COCOA BEACH, Florida - Swimmers were once again ordered out of the water by Brevard County Ocean Rescue lifeguards along a stretch of beach in Cocoa Beach, Florida after sharks were spotted in the Atlantic Ocean near the Cocoa Beach Pier around just after 2 p.m. on Tuesday, April 11, 2017.


This is the second time in less than a week that the same beach has been closed due to sharks.

On Monday, two people were bitten by sharks off of Brevard County beaches near Melbourne Beach, Florida.

After lifeguards flew double red flags for about forty-five minutes, beachgoers on Spring Break were once again allowed back into the water.

There has been an increase in the number of shark sightings the last few days off of Florida's Space Coast just before tonight's Full Moon. 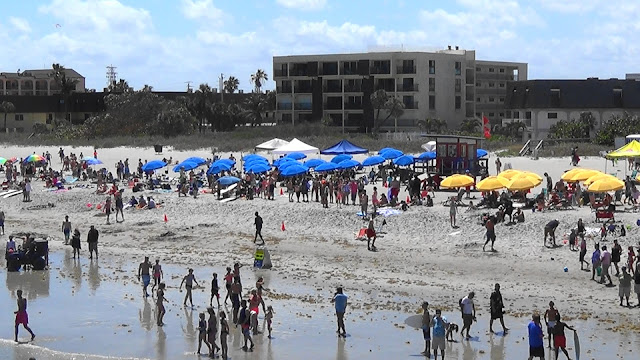 How to avoid shark attacks: In addition to spotting the telltale 'JAWS' shark fins, fish jumping out of water or sea birds hovering at the surface of the water could indicate the presence of feeding sharks. Swim near a lifeguard area (their elevated position on a lifeguard tower is better for shark spotting) and pay attention to warning flags.