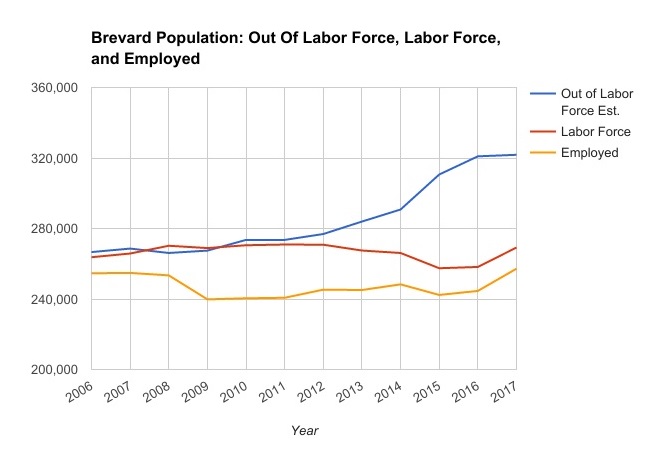 It's a young worker's job market in 2017 as employers scramble to fill entry-level minimum wage jobs to service the graying population on Florida's Space Coast.

According to to the latest jobs numbers released by CarreerSource Brevard, nearly everyone who wants a job, has a job in Brevard County.

The local unemployment rate dropped from 5.3% in March 2016 to 4.5% in March 2017, which was entirely due to job growth outpacing an increase in the participation rate in the labor force.

That's good news for teens and early twenty-somethings who can now command an entry-level salary of well over minimum wage because young labor is becoming more and more scarce to service the rest of Brevard's residential and tourist customers.

For example, the going rate of just a teenage babysitter in Brevard County with no experience is $10 per hour, with higher rates for more than one child, according to Care.com. That's nearly $2 per hour more than Florida's 2017 Minimum Wage rate of $8.10 per hour.