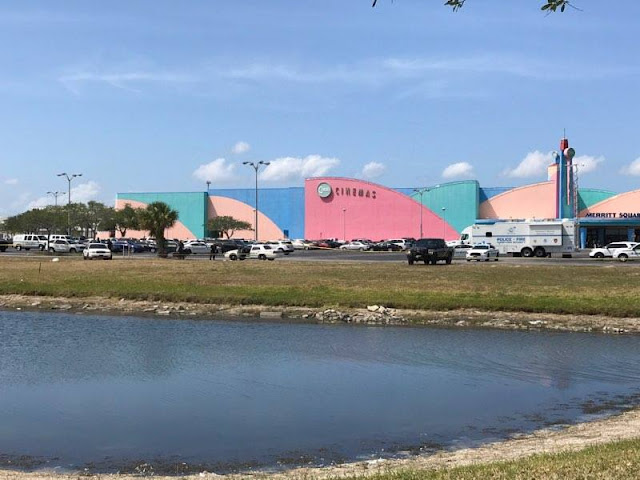 MERRITT ISLAND, Florida - A man was shot by a Brevard County Sheriff's deputy on the south side of the Merritt Square Mall located at 777 East Merritt Island Causeway on Merritt Island, Florida.

The shooting occurred around 1:40 p.m. on Tuesday, April 18, 2017 near the Cobb Movie Theater and Sears department store.

The construction worker then allegedly became aggressive towards the mall security guards who strategically retreated on a golf cart away from him.

Mall security then contacted the Sheriff's Office and a deputy responded. By time the deputy arrived, the man had moved closer to Fortenberry Road which borders the south side of the mall property.

The deputy confronted the man who was armed with a steel fencing post. The man allegedly began swinging the steel post at the deputy. In response, the deputy shot several rounds at the man, striking him.

Back-up deputies arrived on scene and a helicopter landing zone was established in the grassy area near the southern entrance road of the Merritt Square Mall.

Around 2:18 p.m., the man was then airlifted from Merritt Island to the trauma center at Holmes Regional Medical Center in Melbourne, Florida.  Ivey did not know the current medical status of the man.
Labels: crime Merritt Island Merritt Square Mall