I-95 Crash Cleared Near Palm Bay and Melbourne

UPDATE: As of 8:57 a.m., FHP troopers have cleared the crash scene and traffic is slowly returning back to speed.

BREVARD COUNTY, Florida - A crash on I-95 has northbound lanes backed up near Melbourne and Palm Bay, Florida.

According to the Florida Highway Patrol, a crash that occurred near mile marker 177 has caused traffic to be backed up to State Road 514. 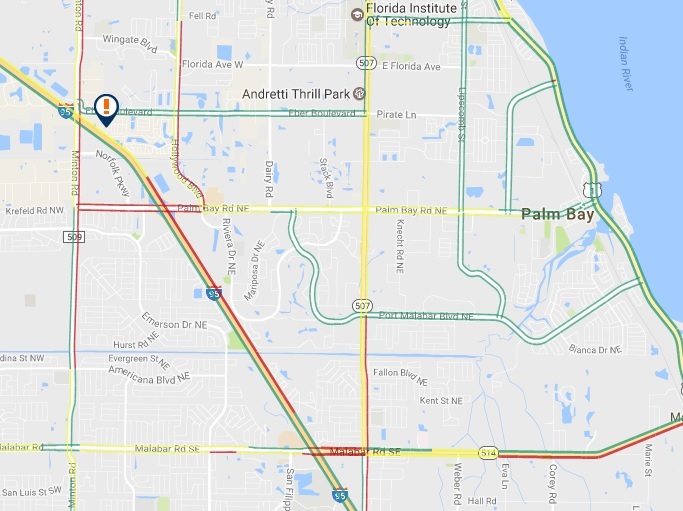