MERRITT ISLAND, Florida - A brush fire on the Merritt Island National Wildlife Refuge that grew to over 4,700 acres on Saturday is 82% contained as of 7 p.m. on Monday, according to the Southeast Region of the U.S. Fish and Wildlife Service Fire Management Division.

The fire broke out around 3:30 p.m. on Friday near Blackpoint Wildlife Drive, supplying the fire with its name of "Blackpoint Fire." The cause of the fire is unknown.

As this map shows, the fire is located northwest of the former Space Shuttle landing strip and has the potential to engulf the entire northwestern corner of the Merritt Island National Wildlife Refuge. 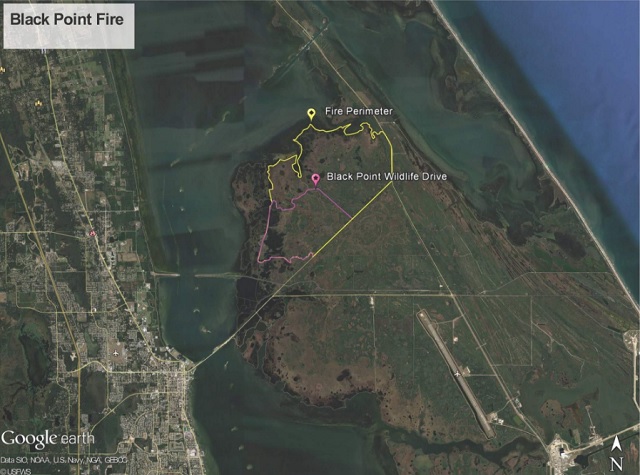