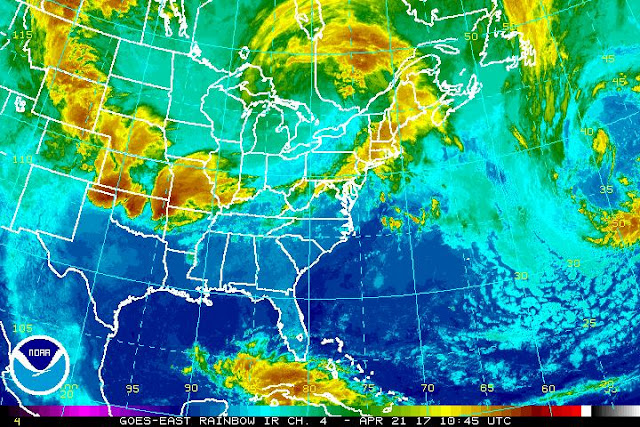 MIAMI, Florida -- The first tropical storm of 2017, Tropical Storm Arlene, has formed over the Atlantic Ocean forty-two days before the start of the Atlantic Hurricane Season.

As of 5 a.m. on Friday, April 21, 2017, Tropical Storm Arlene is located over the Atlantic Ocean about 1135 miles west-northwest of the Azores and is moving toward the west at 31 mph.

According to NOAA's National Hurricane Center in Miami, Florida, Tropical Storm Arlene is only the second named storm to form in April since the age of weather satellites.

Tropical Storm Arlene's maximum sustained winds have increased to 50 mph, with higher gusts. Tropical-storm-force winds extend outward up to 230 miles (370 km) from the center of the storm. NHC forecasters say that the tropical storm is expected to weaken before dissipating later on Friday.

The 2017 Atlantic Hurricane Season begins on June 1 and ends on November 30. Forecasters are predicting a slightly below-average hurricane season this year.