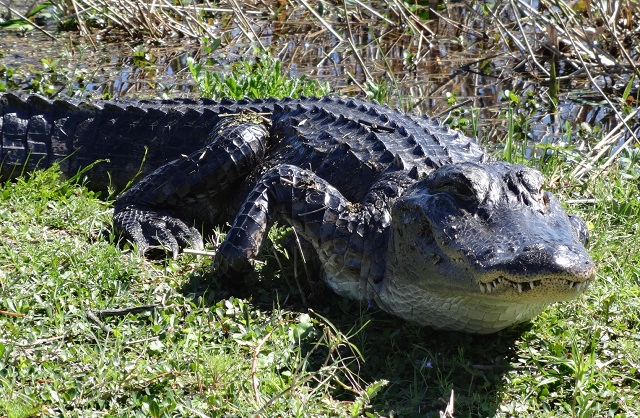 ORLANDO, Florida - A 10-year-old girl who was attacked by an alligator on Saturday was able to escape by prying the large reptile's jaws away from her leg.

According to a report released by the Florida Fish and Wildlife Commission, was sitting down in only two feet of water at Moss Park in Orlando, Florida when the attack occurred around 2:30 p.m.

The 8-foot, 9-inch alligator bit the girl on her left knee, leaving a gash to the front of her knee and several puncture wounds to the back of her knee and lower thigh. That's when the girl pried open the alligator's jaws and was able to escape.

The girl was treated by lifeguards and then transported by her family to Nemours Children's Hospital.

Although the alligator was later caught and removed by an alligator trapper, Orange County Parks and Recreation decided to close the beach surrounding Lake Mary Jane in the abundance of caution.

Since 1948, Florida has averaged about five unprovoked bites per year. During that period, a little more than 300 unprovoked bites to people have been documented in Florida, with 22 resulting in deaths.