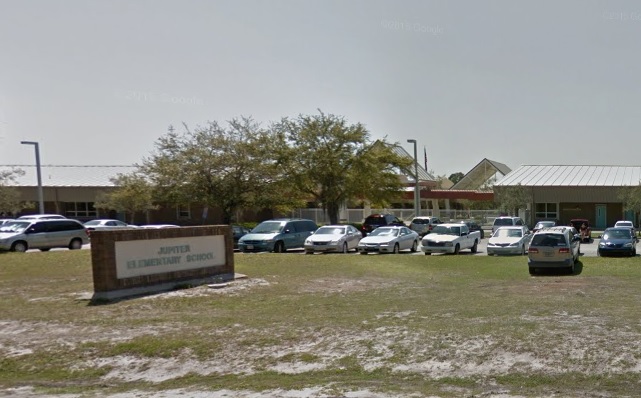 PALM BAY, Florida - An 8-year-old Jupiter Elementary student is facing felony charges after police say they have video of the girl breaking into vehicles along with two older juveniles in Palm Bay, Florida.

On May 8th, Palm Bay police responded to Pasto Circle in Palm Bay for a report of a vehicle burglary.

The vehicle owner provided police with surveillance video of a young female with a flashlight breaking into his vehicle. The girl was accompanied by two other juveniles in the video.

On May 9th, police then went to nearby Jupiter Elementary and showed the suspected girl the video.

Although the 8-year-old was able to identify the two older juveniles in the video, she denied that she was the younger juvenile in the video.

Police then went to Heritage High School and showed one of the older juveniles the video after advising her of her Constitutional rights.

According to the police report, the older juvenile confirmed that she was in the video who approached the vehicle and identified the 8-year-old and the other older juvenile. She told police that they were walking from a park when they decided to break into the vehicles.

Following the suspect interviews, police showed the video to the 8-year-old's mother who confirmed that it was her daughter in the video.

Police then arrested the 8-year-old and charged her with one count of felony burglary to an unoccupied conveyance and one count of attempted theft.